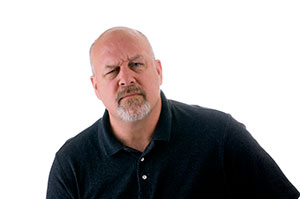 Meet Terry. Last Thursday he went to the hospital with a severe headache. He felt dizzy and “rotten.” After a series of tests, the next day Terry learned that his blood pressure was dangerously high—putting him at risk for a stroke, heart attack, and death. And, by the way, his kidneys were no longer working and if he wanted to live he had to start dialysis right away. Terry’s first reaction was shock. He thought that once he had a few of these “dialysis treatments” his kidneys would start working again and he would be fine. Terry soon learned that the treatments would be part of his life for as long as he was alive, and the average wait for a transplant was 3–5 years. He was devastated.

As you read about Terry, what was going through your mind? Were you able to put yourself in Terry’s shoes to get a feel for how scary and overwhelming the start of dialysis can be?

Before we talk more about Terry, let’s take a look at some key skills you need to understand and embrace the challenges your patients face:

The term empathy can be mixed up with a similar term, sympathy. These two concepts are very different and you need to know the difference.

Empathy “is the ‘capacity’ to share and understand another’s state of mind or emotion. It is often characterized as the ability to put oneself into another’s shoes, or in some way experience the outlook or emotions of another being within oneself.” [Webster’s Dictionary]

Empathy means you can understand someone else’s state of mind and why they might feel the way they do.

Sympathy “is an affinity, association, or relationship between persons or things wherein whatever affects one similarly affects the other. An inclination to think or feel alike.” [Webster’s Dictionary]

Sympathy means you feel the emotions and thoughts of someone else or you feel sorry for them.

As a professional, empathy is a way to work with your patients. Sympathy is best kept for your friends and family.

Your patients face many challenges trying to live with their kidney disease. If you can put yourself in their shoes for a while to see what they are going through, you will better understand their feelings and actions. When we see our patients through a lens of empathy, we are better able to stay objective and help them. When we feel sorry or sympathy for our patients, we tend to lose our professional objectivity because we feel their emotions right along with them. This can lead to burnout, because you can’t go on feeling the ups and downs of your patient’s lives. Sympathy also makes it harder for you to treat all patients equally.

The weekend before starting dialysis, Terry was very tired. He couldn’t get motivated to do any of his usual chores around the house. His wife said it was okay and urged him to rest, but Terry felt guilty about being tired and started to think of himself as lazy.

Terry spent most of the weekend worrying about his job. He has worked his whole life, and now his job as a city bus driver is in jeopardy because he works during the day and the clinic near his home closes at 5:00 pm. If he loses his job, Terry worries that he will lose his house, his savings, and all he has worked hard for—maybe even his marriage.

On Terry’s first day of dialysis, he gets ready to go to treatment in the morning and he feels very tense. He hasn’t slept well since his catheter was placed. He feels sick to his stomach, he is tired, and he is terrified. He has heard his friends talk about dialysis and is very scared about being stuck with needles when his access is ready. Terry had 2 dialysis treatments in his hospital room, but has never been in a dialysis clinic and does not know what to expect.

As Terry walks into the clinic, he sees a large room with machines and people hooked up to them. He is struck by a strong smell of cleaning supplies and bleach. Terry sees patients in chairs with their arms hanging out of blankets, and red tubes coming out of them. Terry hears an overhead page for a doctor, phones ringing, the ping of machine alarms, and the chatter of the other patients. He sees the staff running about the floor doing one task after another. Terry wonders to himself, “What have I gotten into?”

The Medical Education Institute offers continuing education credits for nurses, social workers, or technicians for some of its programs. Click here to learn more »
Top